A History of the "Caja China"

A question we get often is, "Who came up with the Caja China, and where did it start?" Well, there are a number of theories on this, but here are some we consider to be the best:

This ingenious roasting box-often referred to in Spanish as "La Caja Asadora"-was believed to have emigrated to Cuba in the mid-19th century with approximately 150,000 Chinese workers. In Cuba, the legend goes that it was from watching these laborers roast their meals after a long days work that the style of cooking first made its way to the Caribbean island. Using makeshift wooden boxes, the men built fires in an unorthodox way, placing the heat source on top of the box. The method proved incredibly effective for roasting whole pig. Not only was the meat incredibly tender, but it cooked in far less time than in the open fire styles used by locals up until that time.

Now, "La Caja China" has built a reputation, a cult-like following some would say, amongst professional chefs, caterers, and backyard grill masters in countries around the world. That being said, the evidence does not necessariy support the theory of migrant workers from Asia bringing the concept to Cuba. The primary reason for this, according to food anthropologist Stanley Mintz, is that history does not show evidence of a culinary cultural exchange between the Chines and native Cubans. Meanwhile, the exchange can be seen clearly in a number of other latin cultures (Peruvian, Filipino). Mintz theorizes that the term "china" in this context does not refer to the country whatsoever. Instead, according to Mintz, the term "china (or "chino") was used within the Cuban culture as a slang phrase describing something clever, mysterious, or exotic. So under that premise, "La Caja China" translates to something more like, "the magic box." 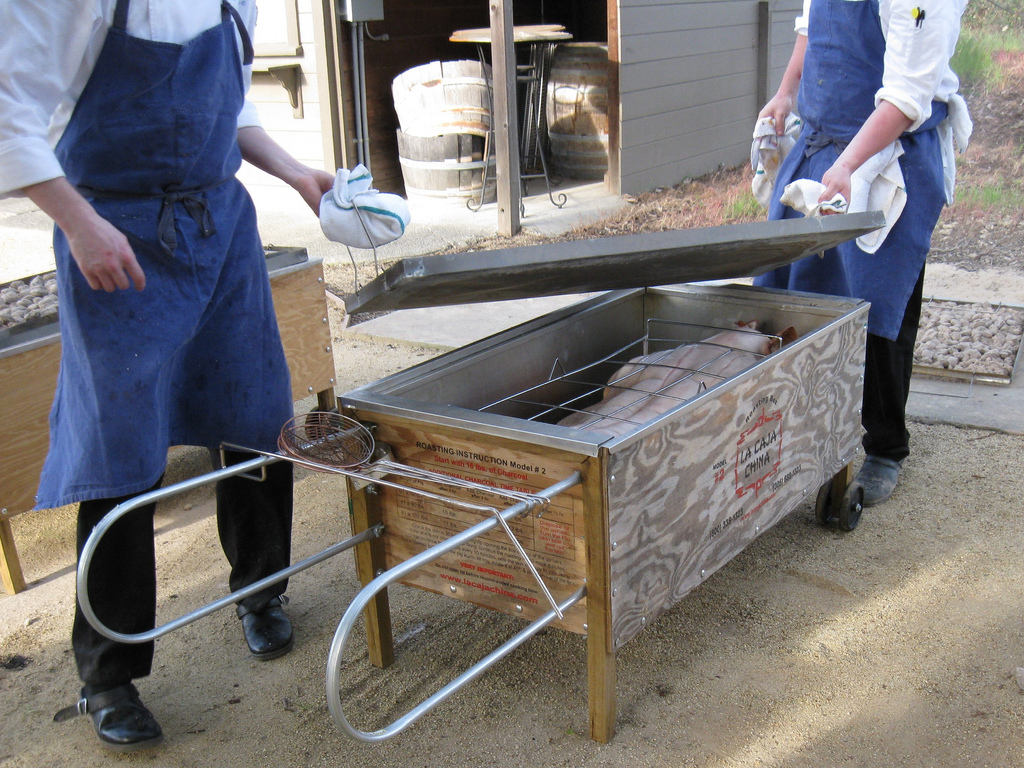 Cuban chef Maricel Presilla further strengthens Mintz's hypothesis when she states, "Cubans like to call anything that is unusual or clever Chinese. And this is true all over the Caribbean. Pretty much any culture there, whether Cuban or Puerto Rican or Dominican - they have somewhere something like this, a caja china."

Whatever the true origin, we believe Caja China roasting boxes are the best-kept secret in American barbecue today. Nothing else on the market in its price range can roast whole animal up to 100 lbs in just 4 hours with mouth-watering, tender results that are achieved every time. For those of you who are members of the Caja China community, we would love to hear your feedback and your beliefs on the origins of these amazing cookers. And for those of you who are new to this cooking style, now it is your time to experience barbecue on a whole another level. 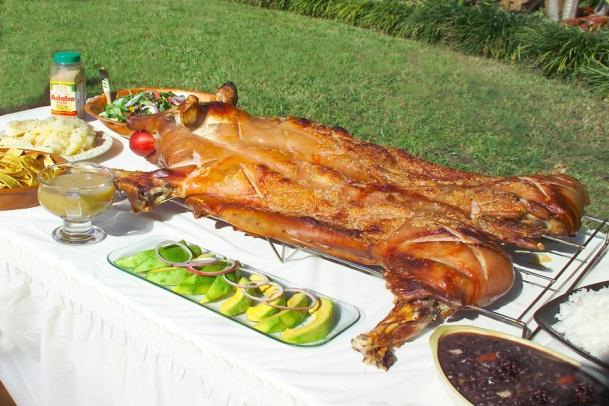