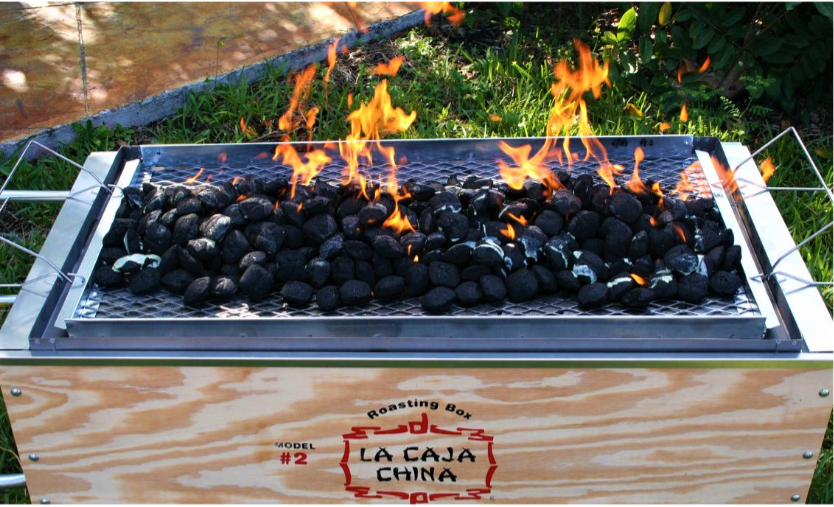 
Each region of the US share similarities in what they call BBQ, as well as differences...sometimes very minor differences, but they all have something to teach us about that wonderful pastime of smoking and grilling meat. Each of these posts will cover a bit of history, specific techniques, and a look at "how they eat it" i.e.: serving styles, accompaniments, etc. 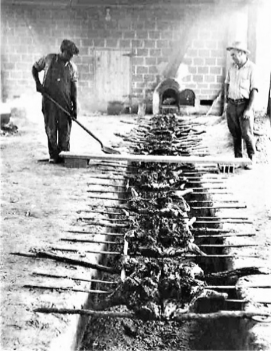 Barbecue has been part of the Carolinas for a long, long time. Long enough that our first president enjoyed his share, as far back as 1769, when he wrote in his journal, “went in to Alexandria to a Barbecue and stayed all night.” (He also won a few bucks at the card table that night.)

Washington’s dinner likely included chopped meat from a whole pig, slow roasted over wood coals through the night before.

(The pig was likely a descendent from America's first 13 pigs, brought to Tampa Bay Florida, by Hernando de Soto in 1539.)

Also likely, is that there wasn’t a “sauce”, as the first vinegar and red pepper concoctions wouldn’t make their way from the West Indies to the Carolinas until the early part of the 19 th century (though they’d remain, with surprisingly little change, to this day.) From there, BBQ made its way South, and later West, being transformed by local ingredients and imaginations, all along the way.

Now, when we talk about “Carolina BBQ”, we have to further categorize that discuss “East” vs. “West” and the differences between the ‘Q of the two. 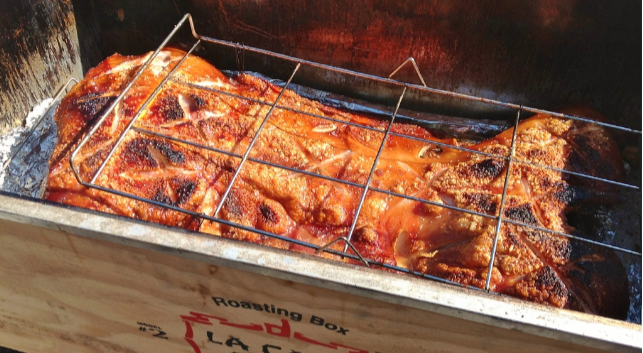 In the East (which, I won’t lie, tends to be my favorite style), we’re looking at a preference for the whole hog, smoke roasted, chopped, and served with a thin sauce that old George might have recognized. The best thing about whole-hog BBQ, in my not-so- humble opinion, is the salty, crispy skin, or “cracklings” you get. 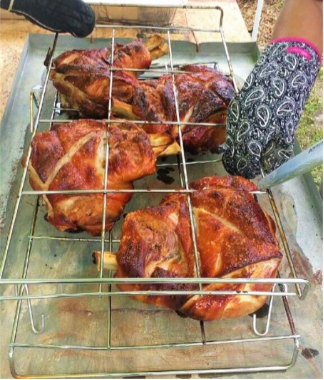 This, or course, is one of the reasons that roasting boxes like La Caja China, Caja Asadora, and Cajun Microwaves are ideal for making real Carolina-style BBQ pig!

Call them Cracklins, or Chicharrones, or God’s own potato chips...they are divine.

Often referred to "Lexington" or "Piedmont" style, the Western region is as obsessed with the pork shoulder, as their Eastern cousins are will the whole animal.

Here though, the preferred sauce is thicker, often sweeter version, with common additions of ketchup, and brown sugar or molasses (or both). They like their tomato products, so much so that they’re added to the slaw, as well.

Again, the favorite serving method is either in sandwich form, or piled high, with slaw on the side.

I would be remiss if I didn’t mention one of the great, regional BBQ oddities…the “Carolina Gold Sauce” of South Carolina. This sauce is basically your thicker, Western Carolina sauce, but using prepared yellow instead of ketchup in the base, a gift from its largely German settlers (Ain’t America great?) Though there are many in both the Eastern and Western BBQ communities who would call me a heretic for saying so, it’s delicious!

South Carolina enjoys the traditional sauces of North Carolina, as well, following roughly along the same East-West line of which they share a border. 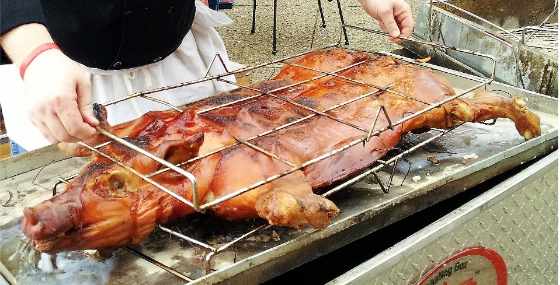 For each of these recipes, combine ingredients, heat to a low simmer, and cook 20-30 minutes, stirring often.