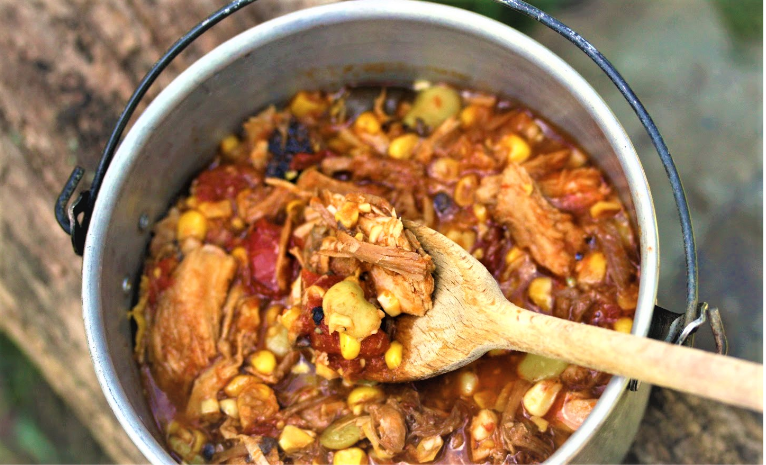 
I grill a few extra chicken thighs, when I roast a pork shoulder, just so I save a little of each to make this dish later!

Brunswick stew is the quintessential “use what you’ve got” Southern dish. A 19 th century traditional stew for the poor folk who had to make due on what they could trap or hunt, and whatever cheap or throwaway cuts of meat they could get. Building on a tomato base, local beans, with veggies that could be grown in the backyard garden (tomatoes, okra, potatoes, etc.,) and originally flavored with small game meat, though today often it’s often pork and chicken. 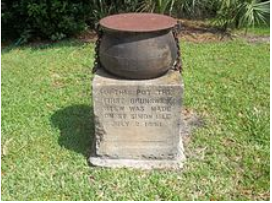 The origin of the dish is uncertain, but it is believed to have been invented in the early 19th century.

Brunswick County, Virginia, and the city of Brunswick, Georgia, both claim to be the origin of the stew.

A plaque on an old iron pot in Brunswick, Georgia, says the first Brunswick stew was made in it on July 2, 1898, on nearby St. Simons Island.

A competing story claims a Virginia state legislator's chef invented the recipe in 1828 on a hunting expedition.

Of course, I’ll be giving credit to the land of my birth, Georgia! ;)

Dutch oven cooking also hearkens back to a time when dinner cooked for a long time in a pot hanging oven the fire. Made of seasoned cast iron, which is ideal for distributing even heat over a long cooking time, as well as allowing coals to be added to the lid, so heat can come from both above and below. 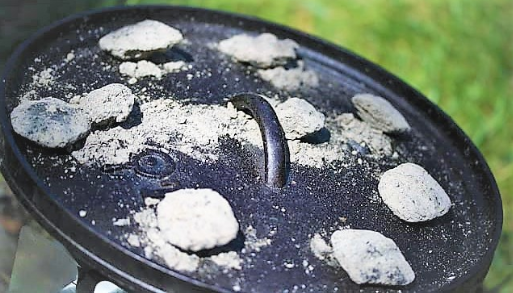 Dutch ovens were standard gear for the Mountain men exploring the great American frontier into the late 19th century, who, literally, were cooking and eating whatever they could scrounge throughout the day.

This, of course, just makes them extra cool!

And, all those hot coals just sitting there on top of your roasting box? PERFECT for Dutch Oven cooking!

I always take my Cajun Microwave camping, and I make this amazing stew while I’m roasting chicken or a pork roast inside the box, let it cool, and then drop it in a cooler with ice overnight. The next night I’ve got a fantastic dinner that just needs a little time to warm back up. Serve with some fresh, hot camp biscuits, and you have a winner!

You want to rake about 30 burning briquettes to one end of your roasting box for this recipe.

Let Dutch Oven heat through, add the potatoes and let brown on all sides, stir in onions and garlic, and sauté, stirring, until softened. Add the remaining ingredients (except meats), stir, and cover Dutch Oven with lid.

Remove or add briquettes as necessary to maintain a low simmer. 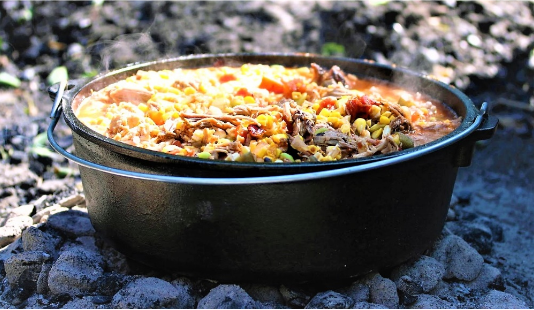 Remove lid and add stir in meats. Replace the lid and cook for another 15-20 minutes. 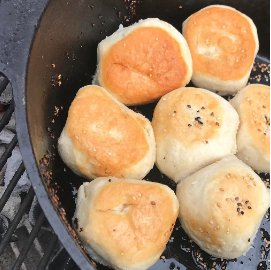 Or, keep it simple and serve warm with Texas Toast & Slaw!

Variations: The chicken and pork version is amazing, but the very nature of this stew means you can try it with just about anything!

I’ve made this with leftover brisket, steak, brats, shredded pork and beef rib-meat (which is awesome!)

The Gullah culture of South Carolina uses the abundance of fish and seafood surrounding their coastal islands, for a completely different (and amazing) take on this classic, using fresh shrimp, oysters, and big chunks of whitefish.

Go ahead and add yours...you know you want to!