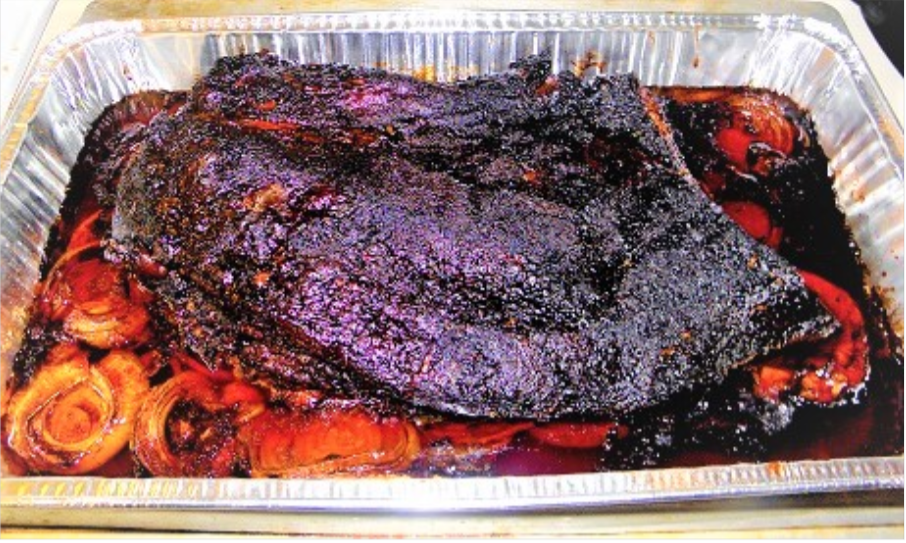 
Here’s a couple of tip about BBQ that you don’t often hear about outside of the pit-smoker community, but have stimied many a novice in their attempts at brisket and pork shoulders. 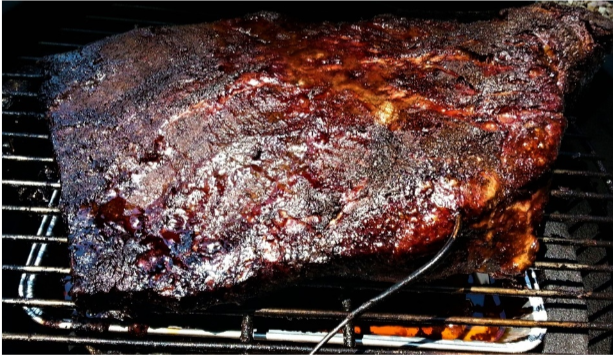 The stall is a mysterious event that occurs when the internal temperature hits 160-165F, when the gradual rise in heat suddenly plateaus, or stops rising.

Depending on a lot of variables, the internal temp of beef brisket, whole shoulder, or belly hits a plateau — in barbecue circles, "The Stall." Depending on the outside air temp, air-flow through the smoker, even the physical make-up of the meat, a stall can last anywhere from two to as much as six hours.

Do NOT increase the temperature of the smoker.

Do NOT pull the meat and dash to the oven.

This is caused by a process known as “evaporative cooling”, or, in less technical terms, sweating. If left alone, the stall will continue until the meat can’t sweat anymore, at which time the evaporated moisture can no longer regulate the temperature. The downside of this is that it’s that moisture that makes the finished meat so tender and juicy.

So, what do you do to keep that beautiful hunk of brisket into eight pounds of shoe-leather? You use... 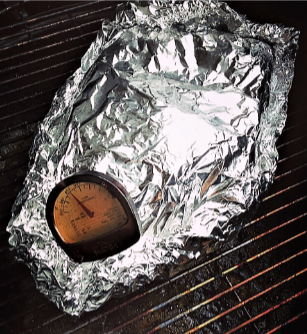 Sometimes called the “Texas Crutch” this is a technique employed by the pros about two-thirds of the way through smoking large cuts of meat (around 160F.)

The meat is removed from the smoker, wrapped in a double layer of heavy foil, or butcher paper*, and then returned to the heat.

The reason for this is that the meat has already absorbed all the smoke it’s going to, and may start to dry out at this point (due to the stall).

Wrapping it holds the moisture in, surrounding the meat in nearly 100% humidity, which negates the evaporation, and prevents that drying. 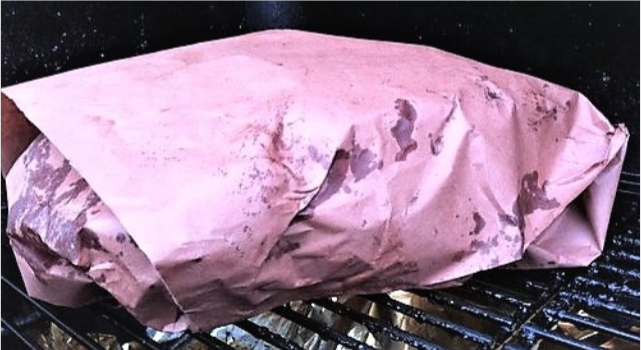 While pit-masters have been using foil to crutch, pretty much as long as there’s been foil, a newer method is gaining widespread popularity, mainly due to the fact that’s it’s used by Aaron Franklin, owner of the world famous Franklin’s BBQ in Texas, who smokes, arguably, the best brisket in America...possibly in the world.

The one downside to foil is that it can do it’s good too well, by not allowing ANY moisture to evaporate, it begins to steam the meat, instead of the dry-heat roasting you want. Steaming can create a “crock-pot” environment (and we all know how I feel about that) producing mushy meat with no structure to allow for slicing.

Franklin, and now other (including myself), replace the foil with unwaxed butcher-paper, which can breath a little, where foil cannot. The paper holds in most of the moisture, but allows enough to escape to keep from creating a steam-bath. 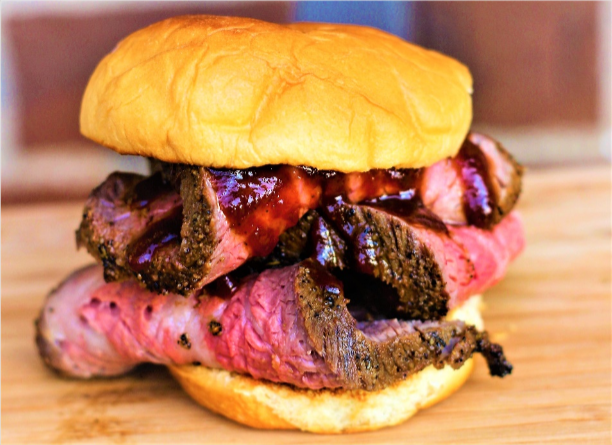 So, you raise the heat an humidity enough to break the stall and continue cooking, but not enough to end up with brisket flavored baby-food.

Then...you have some brisket worth eatin'!