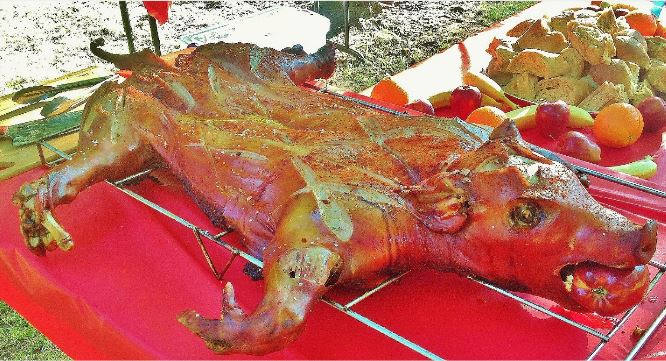 Pig Roasting Around the World 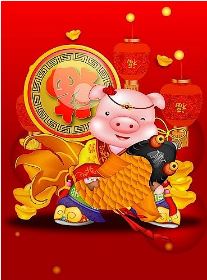 The first pigs evolved in Southeast Asia, and spread from there, throughout Eurasia and Africa.

They were first domesticated about 10000 BC, in Central Asia.

Guangzhou, known as Canton, is the third largest city in China and the cultural hub of southern China. Historically, Cantonese pigs were raised for both meat and fat, which was as a
lubricant. Pre-industrial ice farmers would raise a few pigs, feeding them household leftovers, rice husks and the trim of vegetables. For Chinese New Year, Cantonese whole pigs were slaughtered and served as part of the celebration, a dish called siu yuk (roasted pig).

To make the dish more appealing, the roasted pig would be topped with circular slices of pineapple and glacé cherries for eyes.

The roast pig is often presented in red wrapping paper and a red box. (Red is the color of luck, or good fortune, in much of China.)

The most important thing to remember about this dish is that the pork MUST be very dry. Pat the pig down well with paper towels both before and after you allow it to come to room temp. If you have a small table fan to point at the pig while it’s resting, all the better. 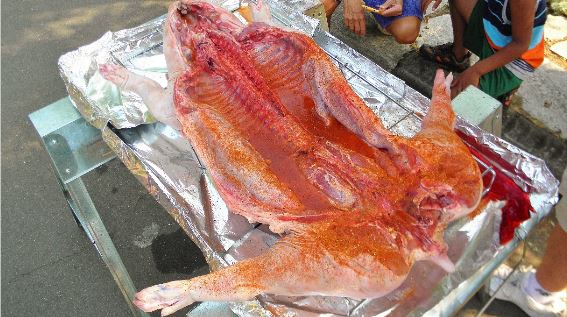 Chop the garlic cloves to tiny pieces then add it to the Chinese Five Spice powder, oyster sauce and light soy sauce mixture. Using your hands, smear it all over the meat side of the pig, leaving the skin untouched.

Traditionally, oyster sauce is just what it sounds like. Made by simmering oysters in water until they've cooked down and caramelized into a thick paste. Modern day oyster sauces usually include sugar and salt, and is thickened with corn starch. Soy sauce and MSG are sometimes added to deepen the flavor and add color.

Sprinkle the whole pig inside and out with fine sea-salt, and place between the racks and tie using the 4 S-Hooks.

Before you’ve flipped the pig, spoon out as much of the remaining mixture as you can, and, after flipping, and scoring the skin, brush the skin side of the pig with the remaining baste. Serve with a side of sauce, from simmering the remaining marinade with chicken broth and vinegar until reduced by half, and steamed rice.

This dish is highly addictive and very fattening but really, really, good! 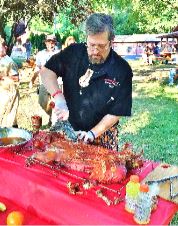