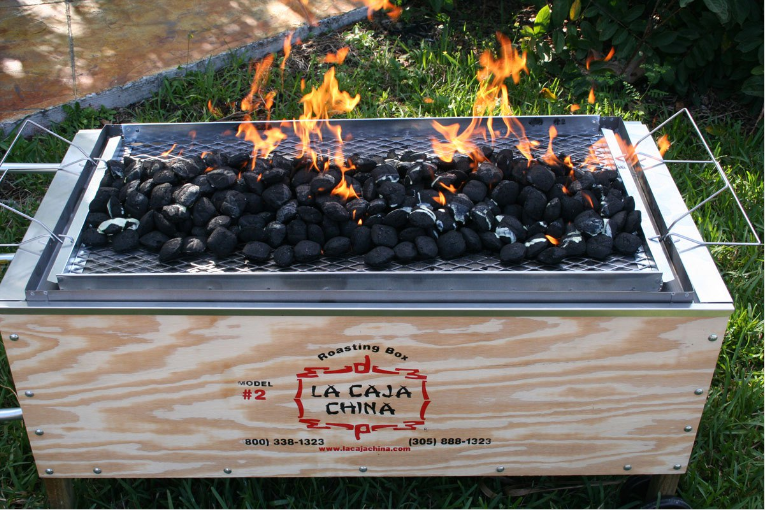 
If you've been cooking over (or under) coals, for any length of time, you're probably familiar with the great debate of lump charcoal vs. briquettes.

And, if you've been reading my articles on outdoor cooking for any length of time, it probably won't surprise you that I have a firm opinion on the subject. 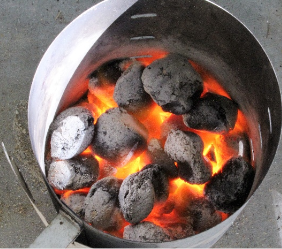 Originating in Pennsylvania in 1897, the charcoal briquette was invited by the Zwoyer Fuel Company, and later popularized by Henry Ford. Ford used the wood and sawdust left over from his automobile manufacturing to create his briquettes. Ford's brand, "Ford Charcoal" would eventually become the Kingsford Company, which is still the most popular brand of charcoal briquettes on the market.

Briquettes are made from saw dusts and left-over woods that are burnt down, with a minimum of oxygen, until all that's left is carbon, which is then crushed into a powder. Limestone, borax, and cornstarch are added as binders to allow the briquettes for hold their shape, and is then formed into the commonly recognized pillow-shaped briquettes.

Briquettes burn longer, but not as hot as lump charcoal, and produce more ash. 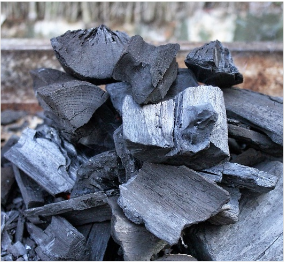 Lump charcoal starts the same way, with hardwoods being burnt to carbon in a low oxygen fire.

However, for lump charcoal, that's the end of the process, and the charcoal is loaded into bags in its natural sizes and shapes. In our increasingly "organic" driven society, the term "All Natural" on bags of lump charcoal likely plays a large part in its increasing popularity, as opposed to the more "processed" charcoal briquette.

Lump charcoal is the superior choice when you need a fast burning, very hot, cooking medium.

WHY I PREFER BRIQUETTES FOR LA CAJA CHINA ROASTING

My personal experience, in roasting many dozens of pigs in the magic box, is that briquettes are the clear winner, achieving a consistent cooking temperature for a predictable "low and slow" roasting.

Quick light briquettes are pre-soaked in lighter fluid, which is absorbed all the way though. This means it does not burn off completely, by the time the coals have become an even grey, and are ready to cook over. Food cooked over instant briquettes tends to have an acrid, petroleum flavor and, frankly, the whole yard stinks of the stuff the entire cook time.

They also burn hotter and faster because of all of the accelerant, which creates an uneven cooking time. Avoid "Quick Light" briquettes as all cost!

Lump charcoal also burns hotter (which again, and in all fairness, is a plus for searing meat.)

However, because the lumps come in a chunks and pieces or various sizes, it's nearly impossible to predict the heat output and cooking time. The higher heat produced by lump will very often burn the surface of the pig in the roaster, long before the internal meat is cooked.

Not good if your goal is a four-hour roasting at 250 degrees.

It also requires a lot more charcoal to maintain the long cooking time, which can add significantly to the labor and expense of your pig roast. Lastly, lump charcoal can produce a lot of dust during shipping, loading, and unloading.

This dust can coat the lumps and reduce air-flow to the pile.

For me, it comes down to one issue...control.

Temperature control is the key factor in BBQ and grilling, and when it comes to control, briquettes are king. 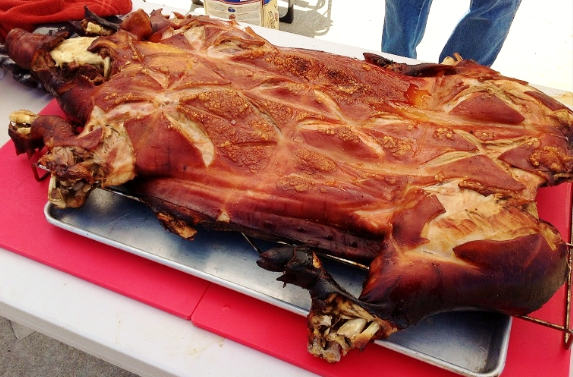 The uniform size and shape of briquettes results in an equally uniform temperature and burn time.

In other words, a chimney full of the same brand and type of briquettes should produce the same results (factoring in things like humidity and ambient temperature) every time.

This is why La Caja Chinas can post the roasting instructions right on the box...10 pounds of briquettes will burn nearly identically, and create the same temperature in the box, every time.

I cook a lot of pigs, and I want the best, most reliable results. Which is why I stick to the same brand and type of charcoal briquettes every time I fire up the box!